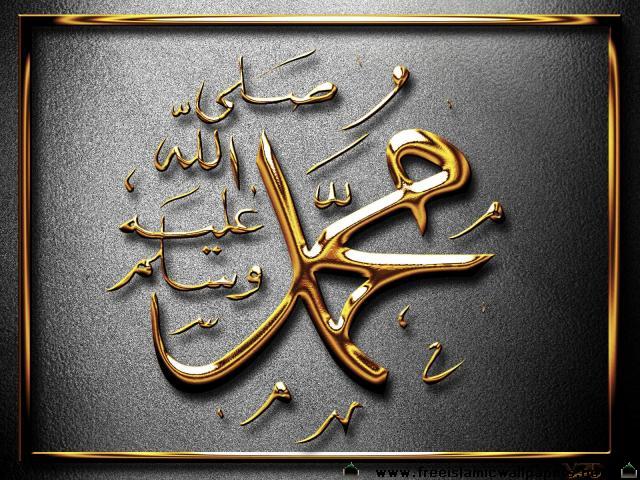 In Islam, the medium is the messenger. The Prophet Muhammad (peace be upon him) not only brought a Book that would transform and sway large populations of men, but through the efforts of his later followers who scrupulously recorded every detail of his life, Muslims are able to look back to the "perfect example" (Qur'an 33:21) of the Prophet as the standard par excellence of human greatness and excellence. His life was the embodiment of the Qur’an, and his wife ‘A’isha said of him “his character was the Qur’an” (Sahih Muslim)."Verily", the Qur'an declares to him, "you are of a magnificent character" (Qur’an 68:4). The Sunnah (example) of the Prophet is derived mostly from the hadiths (oral/written traditions), but also from the acquired habits of the inheritors of his example through unbroken transmission generation through generation ('amal).

The following is a description of the Prophet Muhammad (peace be upon him) by an eleventh century theologian Ghazali, which is representative of how Muslims reflect about and know the Prophet:

‘The Messenger of God (peace be upon him) was the mildest of men, but also the bravest and most just of men. He was the most restrained of people; never touching the hand of a woman over whom he did not have rights, or who was not his close relative. He was the most generous of men, so that never did a gold or silver coin spend the night in his house. If something remained at the end of the day, because he had not found someone to give it to, and night descended, he would go out, and not return home until he had given it to someone in need. From what God gave him [...] he would take only the simplest and easiest foods: dates and barley, giving anything else away in the path of God. Never did he refuse a gift for which he was asked. He used to mend his own sandals, and patch his own clothes, and serve his family, and help them to cut meat. He was the shyest of men, so that his gaze would never remain long in the face of anyone else. He would accept the invitation of a freeman or a slave, and accept a gift, even if it were no more than a gulp of milk, or the thigh of a rabbit, and offer something in return. He never consumed anything given in sadaqa. He was not too proud to reply to a slave-girl, or a pauper in rags. He would become angered for his Lord, never for himself; he would cause truth and justice to prevail even if this led to discomfort to himself or to his companions.
‘He used to bind a stone around his waist out of hunger. He would eat what was brought, and would not refuse any permissible food. If there was dates without bread, he would eat, if there was roast meat, he would eat; if there was rough barley bread, he would eat it; if there was honey or something sweet, he would eat it; if there was only yogurt without even bread, he would be quite satisfied with that.
‘He was not sated, even with barley-bread, for three consecutive days, until the day he met his Lord, not because of poverty, or avarice, but because he always preferred others over himself.

‘He would attend weddings, and visit the sick, and attend funerals, and would often walk among his enemies without a guard. He was the most humble of men, and the most serene, without arrogance. He was the most eloquent of men, without ever speaking for too long. He was the most cheerful of men. He was afraid of nothing in the dunya (the life of this world). He would wear a rough Yemeni cloak, or a woolen tunic; whatever was lawful and was to hand, that he would wear. He would ride whatever was to hand: sometimes a horse, sometimes a camel, sometimes a mule, sometimes a donkey. And at times he would walk barefoot, without an upper garment or a turban or a cap. He would visit the sick even if they were in the furthest part of Medina. He loved perfumes, and disliked foul smells.

‘He maintained affectionate and loyal ties with his relatives, but without preferring them to anyone who was superior to them. He never snubbed anyone. He accepted the excuse of anyone who made an excuse. He would joke, but would never say anything that was not true. He would laugh, but not uproarously. He would watch permissible games and sports, and would not criticise them. He ran races with his wives. Voices would be raised around him, and he would be patient. He kept a sheep, from which he would draw milk for his family. He would walk among the fields of his companions. He never despised any pauper for his poverty or illness; neither did he hold any king in awe simply because he was a king. He would call rich and poor to Allah, without distinction.

‘In him, God combined all noble traits of character; although he neither read nor wrote, having grown up in a land of ignorance and deserts in poverty, as a shepherd, and as an orphan with neither father nor mother. But God Himself taught him all the excellent qualities of character, and praiseworthy ways, and the stories of the early and the later prophets, and the way to salvation and triumph in the Afterlife, and to joy and detachment in the lower life, and how to hold fast to duty, and to avoid the unnecessary. May God give us success in obeying him, and in following his Sunnah. Amin O Lord of the Worlds.‘
(Revival of the Religious Science, Book 19)