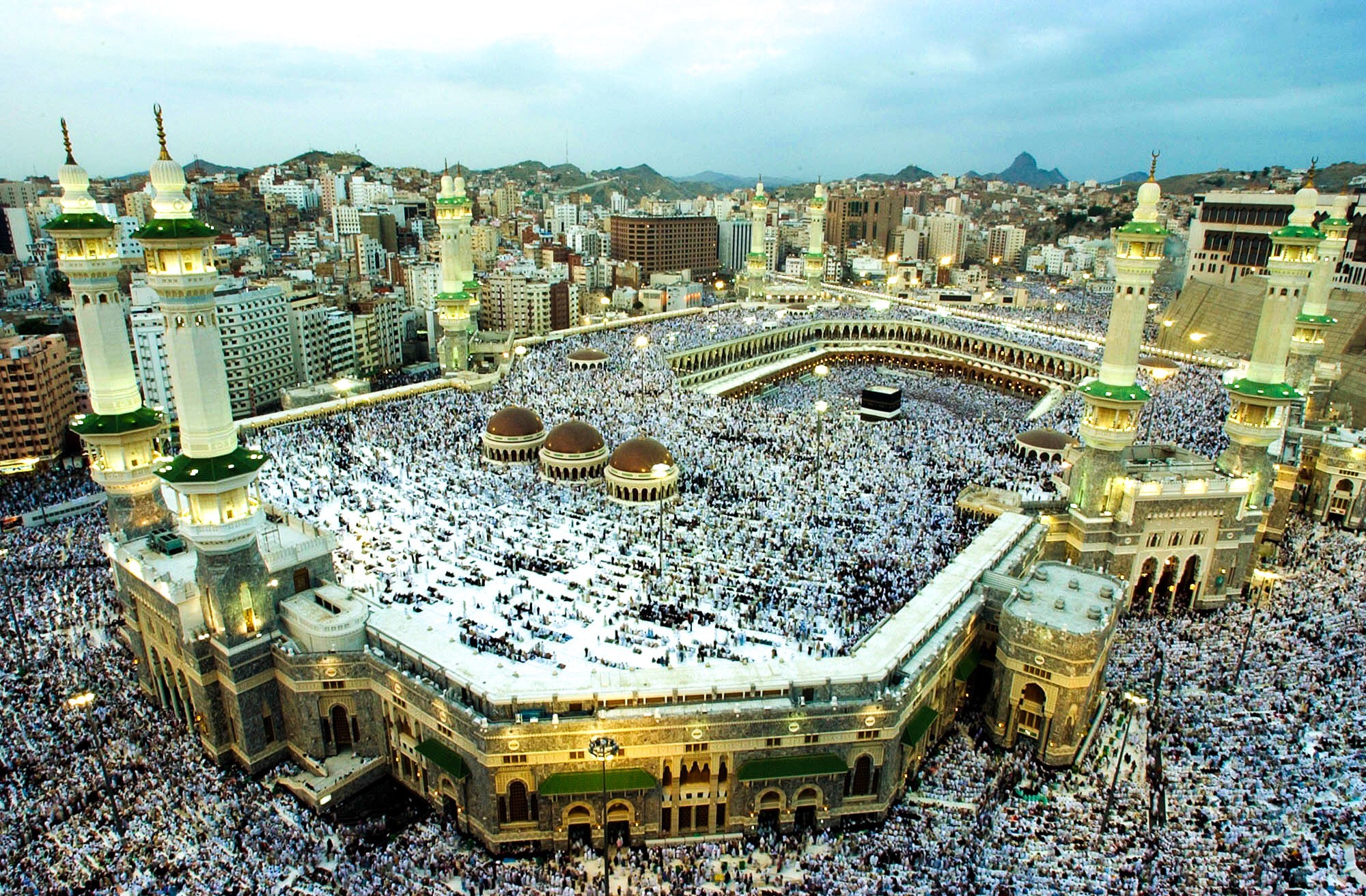 Islam is characterised specifically by the outward expressions of the faith. These, the Prophet, summarised as five “Pillars”:

1.   Shahadah – bearing testimony to the oneness of God, and the full expression of this truth in the last and final Prophet, Muhammad (peace be upon him). It is to say with the tongue “I bear witness that there is no divinity but God and Muhammad (peace be upon him) is His servant and Messenger”. The message of the reality and priority of the One God is what all messengers came to preach: “Not a messenger did We send before thee without this inspiration sent by Us to him: that there is no god but I; therefore worship and serve Me” (21:25). The shahadah is therefore a verbal declaration, the creed of Islam in sum and an individual as well as collective embodiment of Islam in order to be witnesses to the truth: “Thus We have appointed you a middle nation, that ye may be witnesses against mankind, and that the messenger may be a witness against you” (2:143). The shahadah is what needs to be said in order to enter into Islam and become a Muslim, whereupon the remaining duties follow.

2.   Salah – derived from the word, silah, literally “connection”, Salah is the formal Prayer, five times a day, in set times according to the rotation of the earth and its relation to the rising and setting of the sun. The Qur’an informs us “Indeed the Salah is upon the believers at prescribed times” (Qur’an 4:103). These are Fajr (dawn prayer), Zuhr (noon prayer), Asr (mid-afternoon prayer), Maghrib (dusk prayer) and Isha (evening prayer). The Muslim prays in the manner taught by the Prophet Muhammad (peace be upon him), connecting the believer to past tradition as well as to God. Besides the canonical prayers, a Muslim may offer any number of petitions, supplications and prayers. Salah is a way of keeping God at the centre of a Muslim’s life, hence avoiding the possibility of being consumed by the demands and temptations of this world, and of staying in tune with the rhythm of God’s creation, in order to reflect on and inculcate the signs of God. The Qur’an commands believers to “establish Salah for My remembrance” (Qur’an 20:14) for “indeed in the remembrance of God do hearts find rest” (Qur’an 13:28), and in maintaining this theocentric focus in a believer’s life “the Salah prevents (the believer) from ludeness and evil” for “the remembrance of God is greater” (Qur’an 26:45).

3.   Zakat – literally “purification”, Zakat is the yearly poordue compulsory on all affluent Muslims, to be paid annually to “the poor and the needy, and those who collect them, and those whose hearts are to be reconciled, and to free the captives and the debtors, and for the cause of God, and (for) the wayfarer” (Qur’an 9:60). 2.5% of one’s savings is allocated to these classes of people as a due unto God. The Zakat purifies a Muslim’s wealth, and purifies his heart from injustice, covetousness and greed.

4.   Sawm – literally “restraint”, Sawm is fasting for the sake of God for an entire month (Ramadan) from dawn till dusk. Ramadan is the ninth month of the Islamic calendar and fasting involves abstention from food, water and sexual relations. The Qur’an prescribes fasting “so that you become aware (of God)” (2:183), for hunger induces love of God as it symbolizes a movement away from egocentrism to theocentrism. The feeling of hunger allows the fasting person to identify with the poor and hence creates a readiness to give in charity (sadaqa), following the Prophet’s example who “was the most generous during Ramadan” (Sahih al-Bukhari).

5.   Hajj – the pilgrimage to Mecca, the purpose of which is to express devotion to God while commemorating His favours and blessings to His chosen viceroys on earth, in particular Abraham, Ishmael, Hagar and Muhammad (peace be upon them). The various rituals have the double purpose of drawing one nearer to God in purifying the heart and focusing on His oneness and of connecting one with sacred history. The light jog between the hills of Safa (Purity) and Marwa (Manliness), in imitation of Hagar’s search for water for her son Ishmael, ends after seven rounds at Safa, symbolising a purer heart. The concentric circumambulations (tawaf) around the Kabah in an anticlockwise fashion recall the ancient practice and the heart’s singular devotion to the One. The white unsown dress that all pilgrims wear creates a unity of men on earth representing the oneness of God.